To keep up the variation, we played a (very small) toernament of Single Set Unlimited Ancient, meaning you could only play cards originally printed in unlimited. We hadn't done that for years now, so it seemed time for it. As always, we had lots of fun playing cards you almost don't see anymore. This definitely had the feel of the early days to me. Here are some of the pictures of classic scenes of magic: 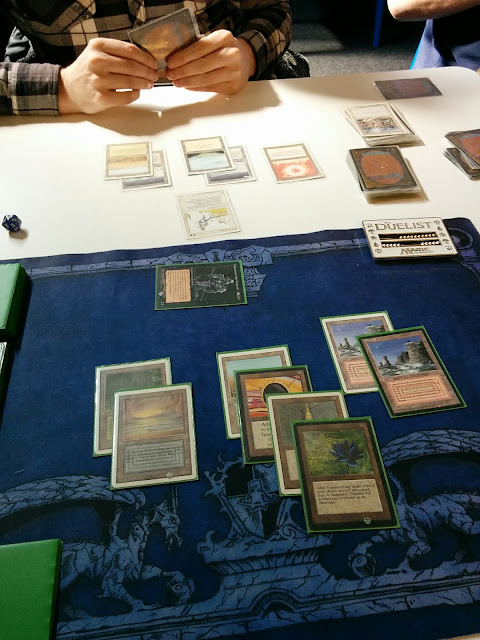 A deck with lots of flying creatures, with phantom monsters agains a power surge deck 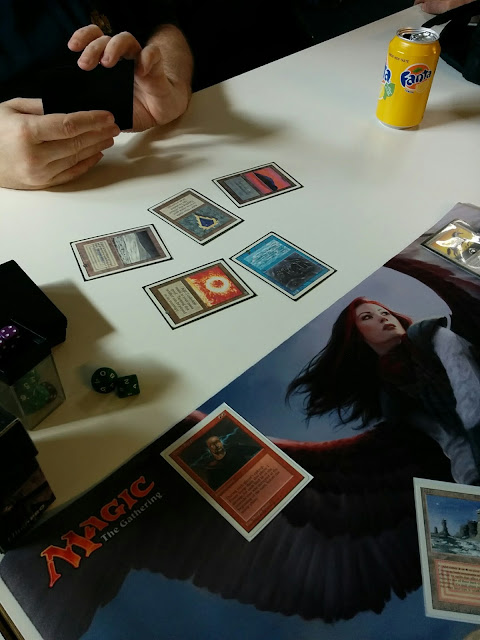 What better use to copy your sol ring, then use it next turn to cast Mahamoti Djinn with UU to spare for a counterspell :) 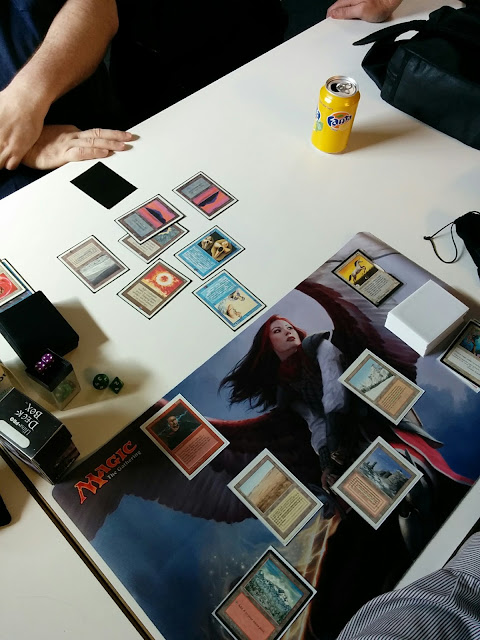 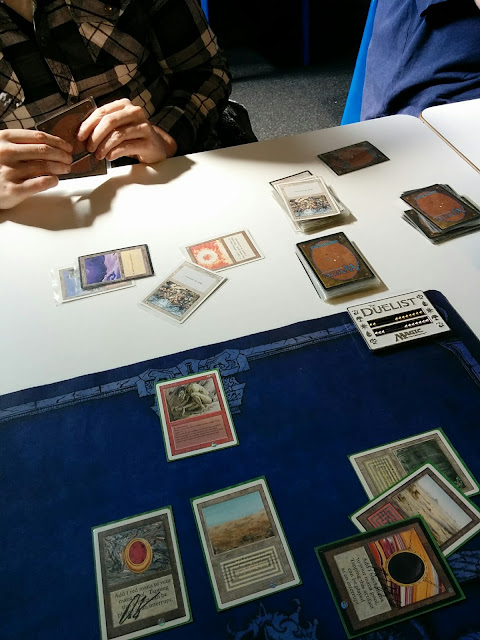 I actually used a black lotus twice to cast Shivan Dragon in these games, but this time it was because I couldn't seem to find a second land that produced red mana.. so this was not my finest use of a lotus so far.. 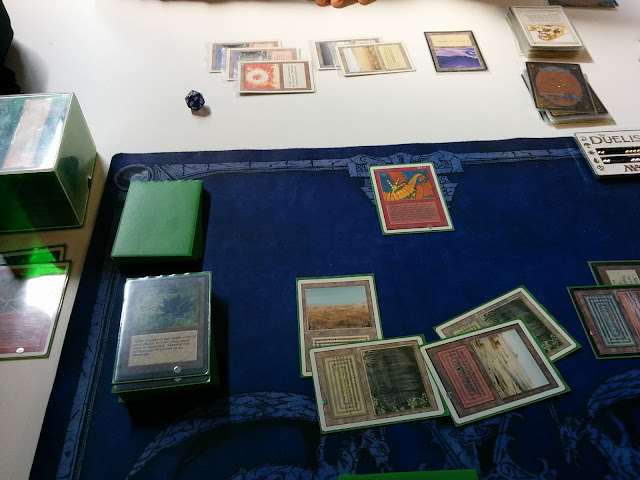 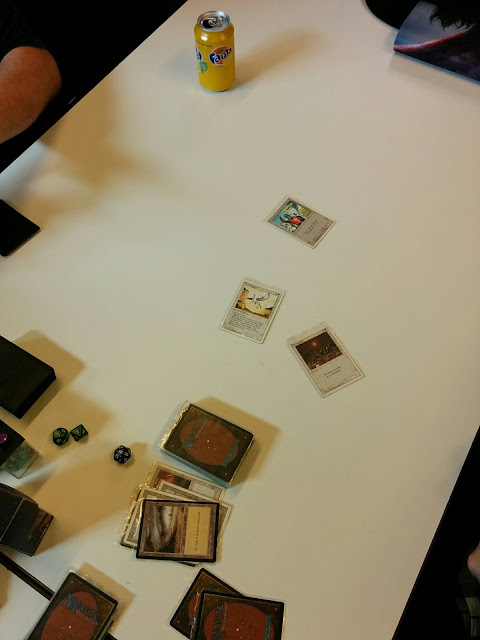 The owner of this unlimited giant spider admitted it probably had not been used ever since it came out of a booster :) 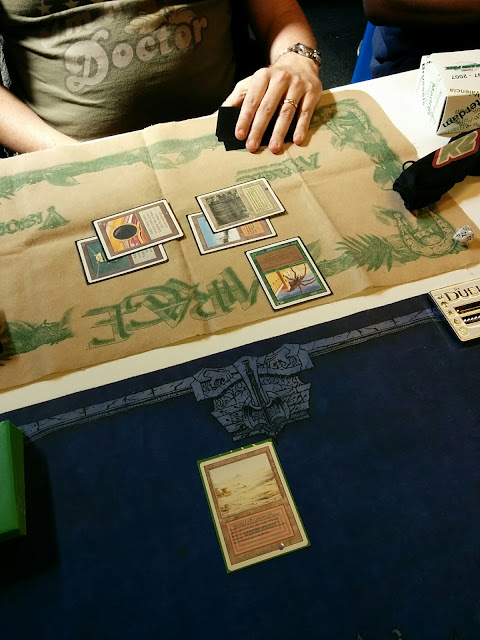 It was quickly removed by an unlimited swords to plowshares though.. 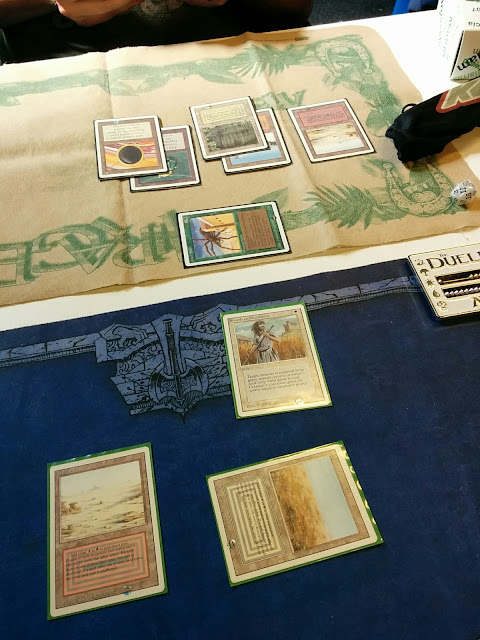 Classic magic situations all day: Giant growth on a scryb sprites just after it was bolted! 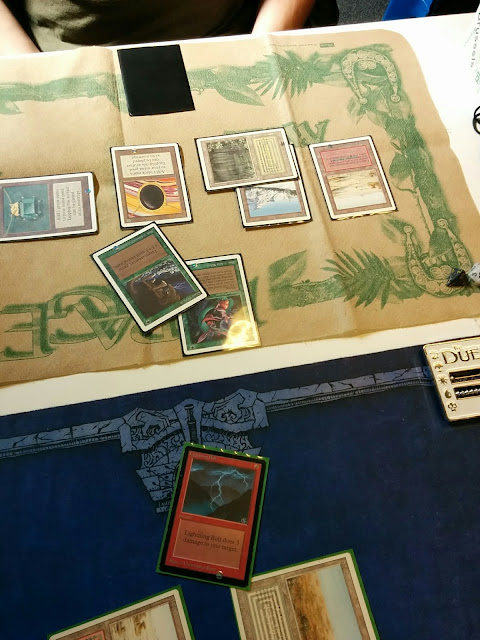 This was a better use of my lotus, third turn Shivan Dragon to keep the sprites away. 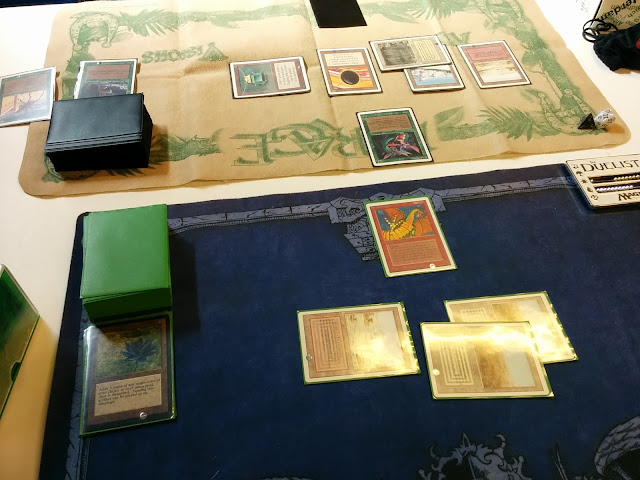 There are situations when your crusade turns against you.. 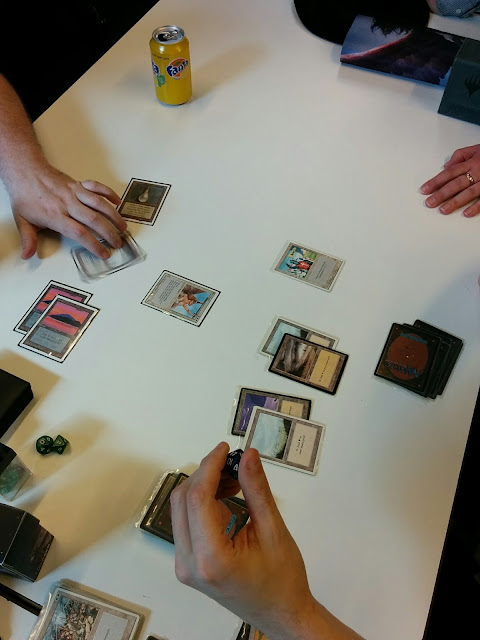 Of course, there was also plenty of broken stuff going on, like this first turn ancestral, time walk. The great thing is, no-one playing this format seems to mind, that's just very oldschool magic for you. 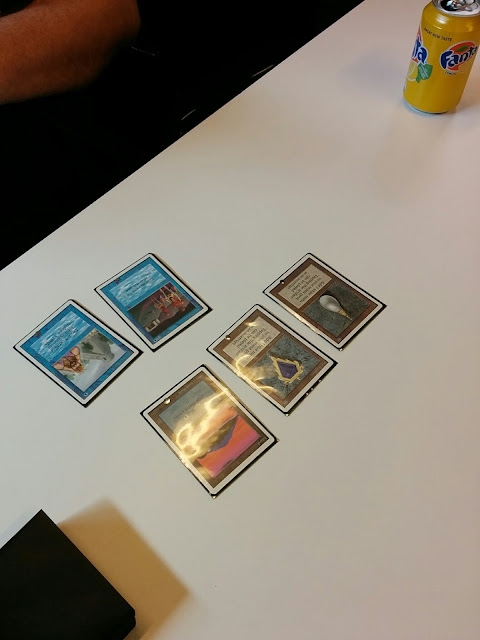 The deck with giant spiders also had Mammoths in it. Kudo's! 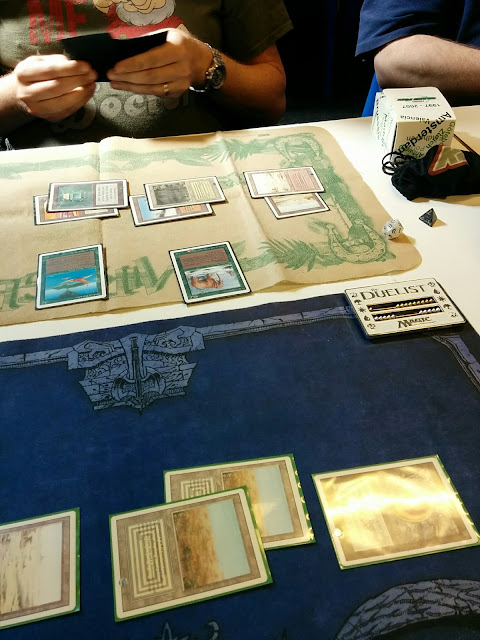 When a mesa pegasus is beating you over and over, this is probably the best thing to do with your control magic. 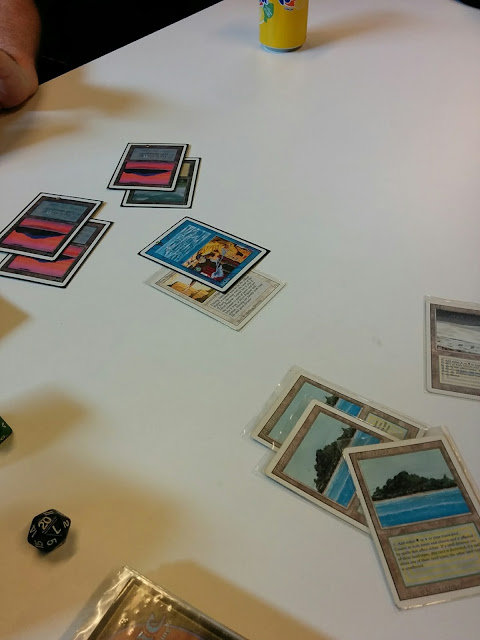 Why Peter was splashing blue in his white weenie deck.. clone helped out more than once. 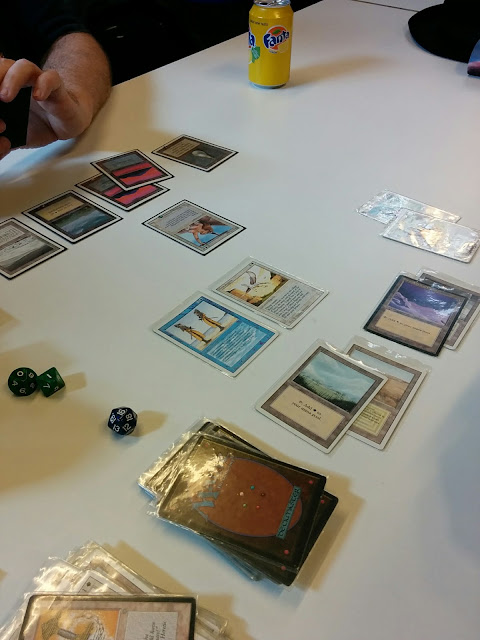 About that giant spider.. it came back with a vengence: giant growth + berserk for the win! 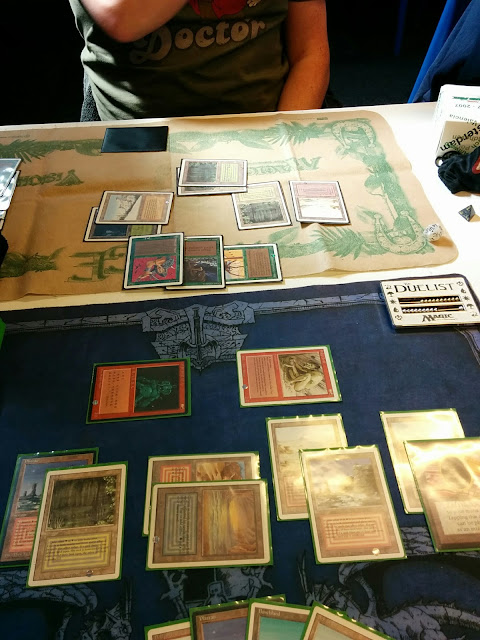 You only need one creature when you've got that many crusades. 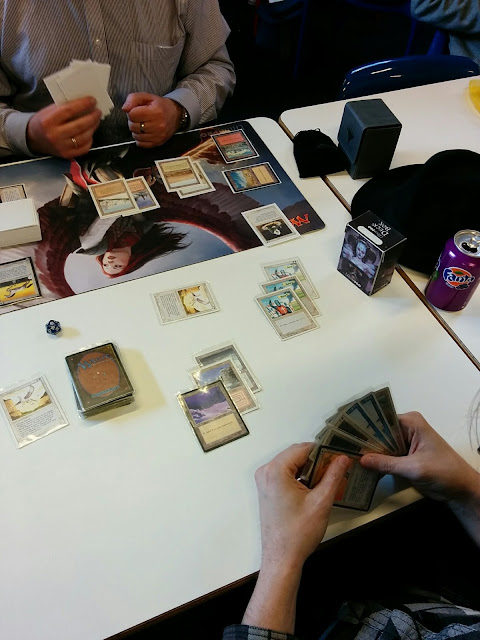 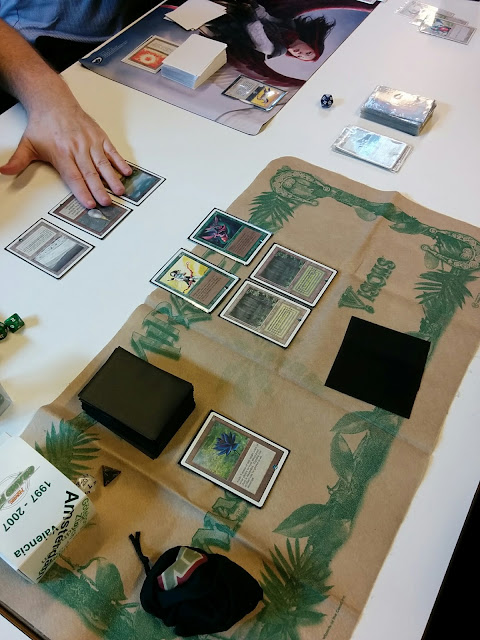 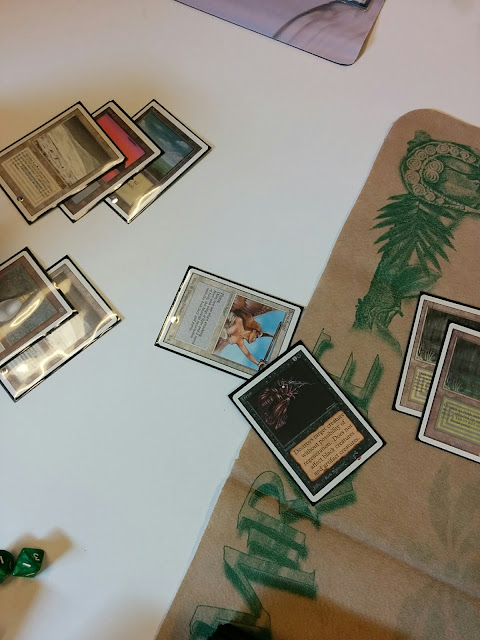 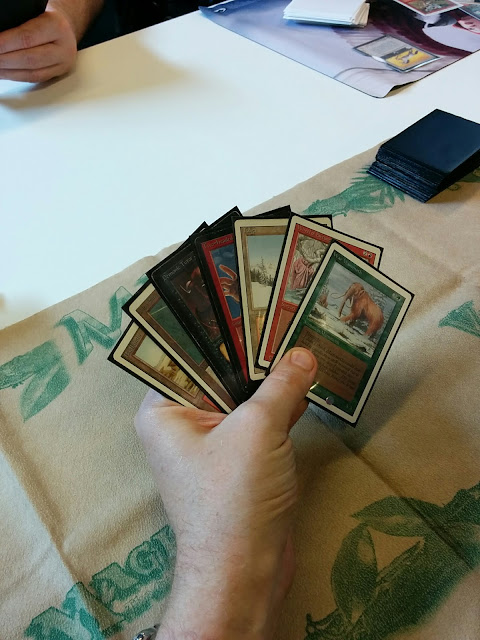 Just a reminder of how terrible some anti color cards in de core set were.. 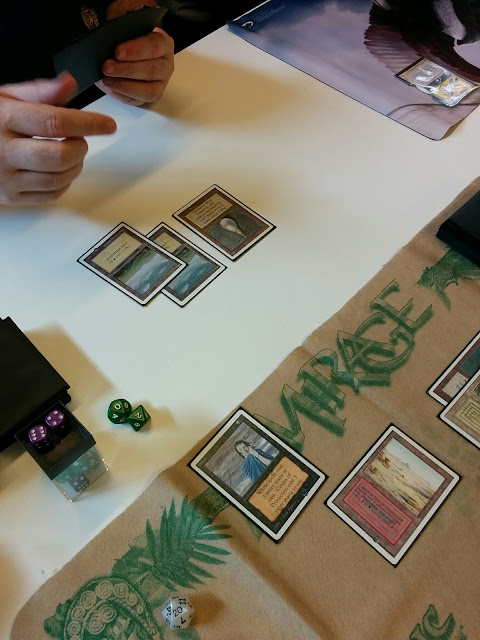 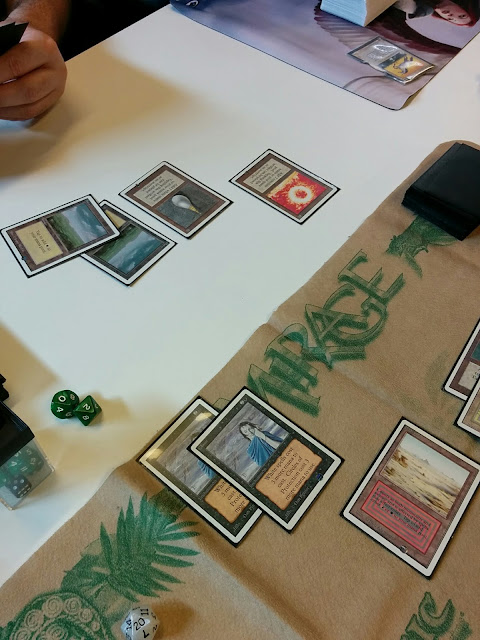 Eight casting cost balance, but worth it :) 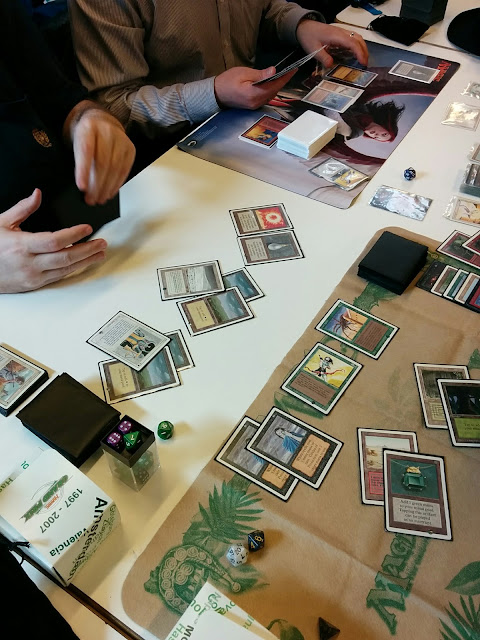 Volcanic eruption maindeck, why not with all these dual lands in play. 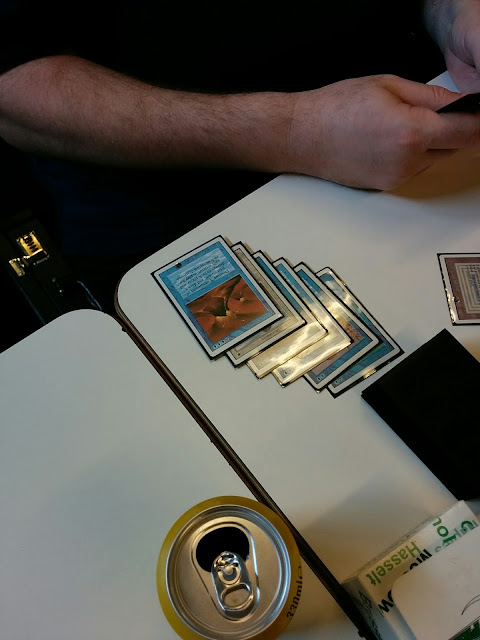 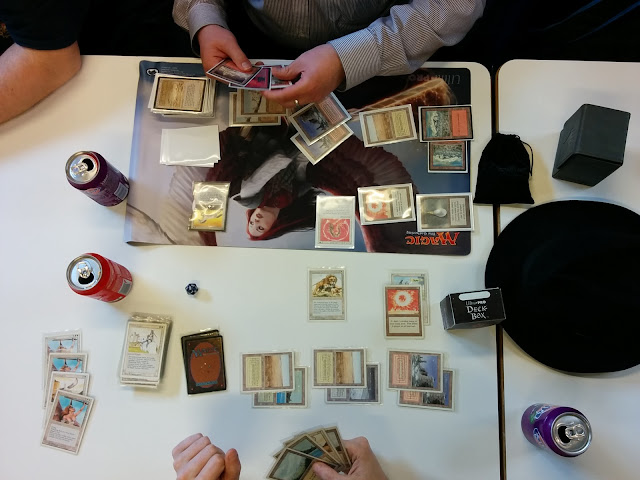 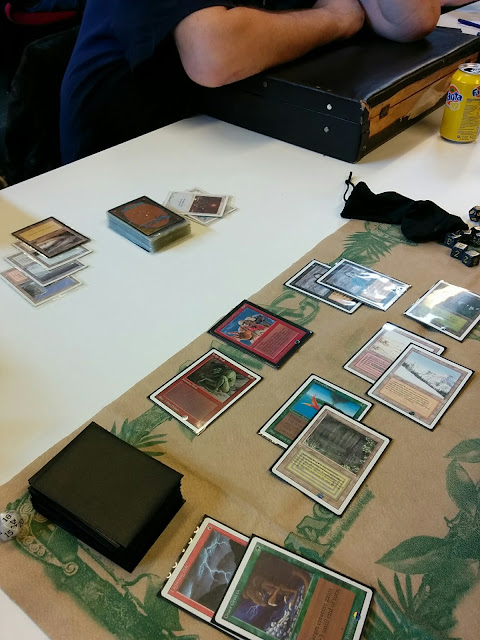 Arno refused to be beat by a Shivan Dragon despite having COP: red in his main deck, so he decided to finish it with a massive earthquake. 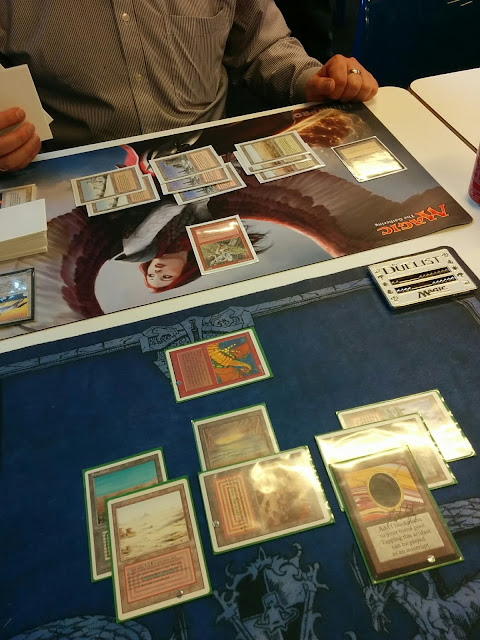 The deck with Shivan Dragon and hypnotic specters won out in the end..
Geplaatst door AncientMTG op 6:58 AM