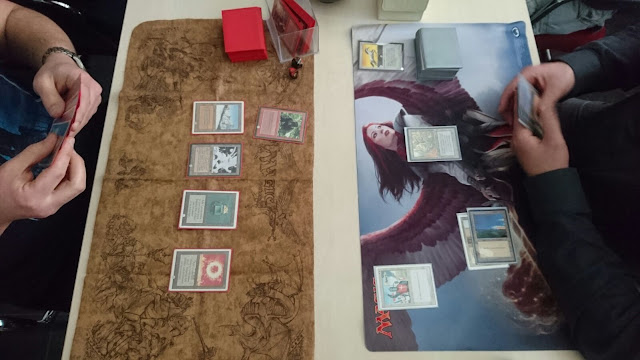 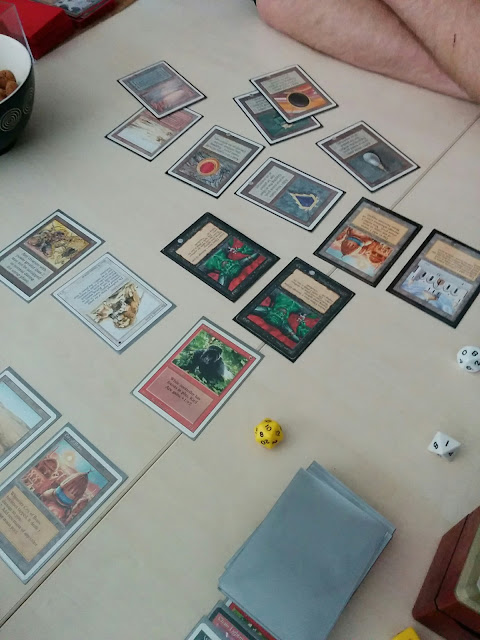 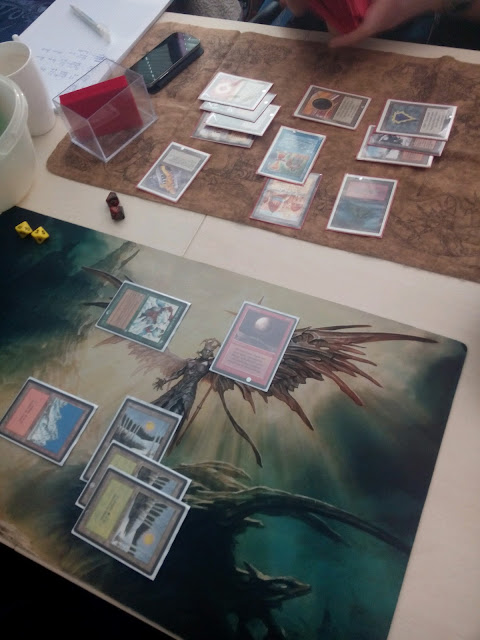 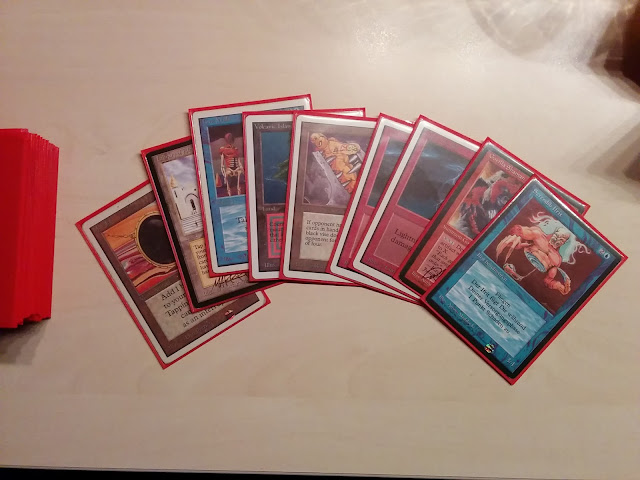 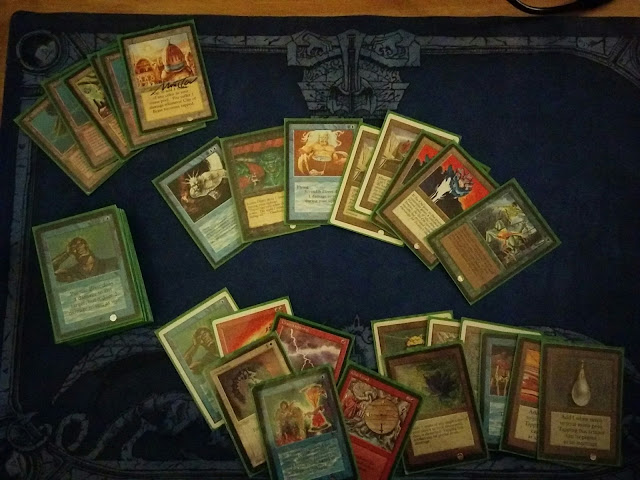 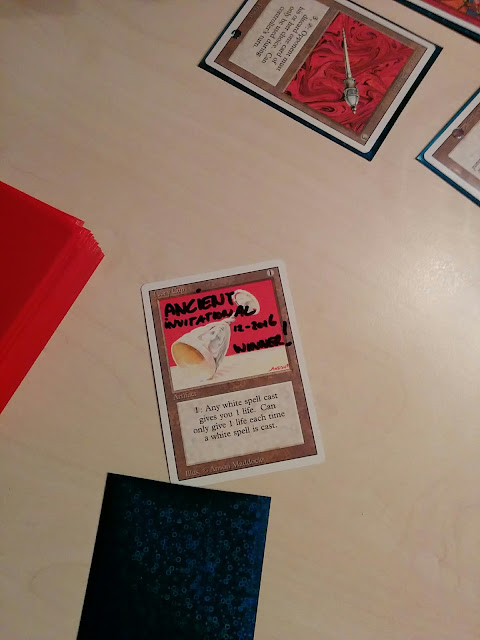 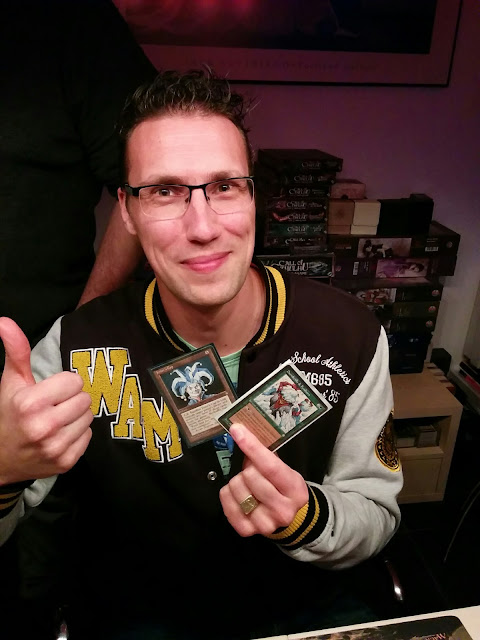 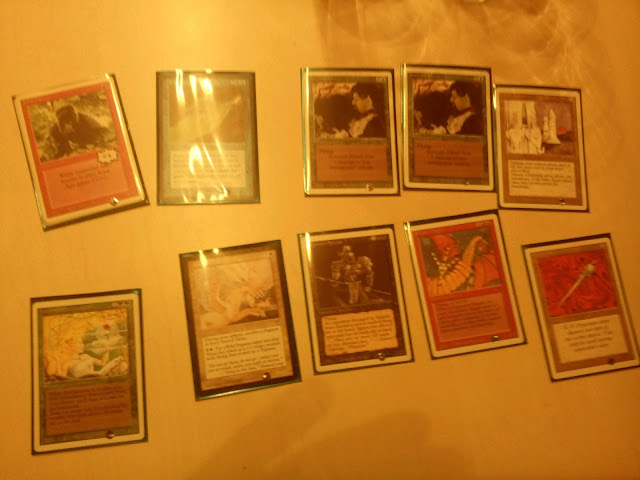 Is the Ancient metagame boring?

Just after we played 2 or 3 tournaments, some of the players complained about the lack of variation. This had kept me thinking ever since because I don´t really think the variation is that bad. I´ve done some digging into the past couple of years and what kind of decks have won. Even though I could not remember all of the games, I think I´ve got the winning or dominant decks about right. Not all of them, but at least some of the decks that have won are:

Ernhamgeddon (2 different variants, one of which was a deck completely without powercards or duallands)
Agro black (with Juzam djinns and orders of ebon hand)
The deck (this has been played by different players several times, but I think I was the only one playing the exact old deck list and winning a tournament with it)
Mono Blue control (with Mahamoti Djinn as the finisher)
Blue/red control (with counters, fireballs and Shivan dragon)
Mono red burn (with land´s edge added as an extra next to the usual cheese)
U/W control
B/U/R Disk/troll deck
B/U Re-animator deck with very little counters, but with deep spawn
5 color ¨good stuff¨ with serendib, ernham, serra, bolts, etc.
A Jester´s cap deck depletion deck
R/G Ernham and burn´em
The Zoo
W/R control with land tax/edge combo
A Twiddle/vault variant
A White weenie variant without power

Even though these are not all the decks that have won in the series since 2009 (I also remember a nether void variant, but can´t really remember what the rest of the cards in it were), pretty much every time we played another type of deck won.

The meta-game changes quickly and adapts to what happened last time, just as I remember happening in the game store I played magic in a lot in the early days of '94.

I remember one Ancient tournament in which I played a deck containing only 2 basic lands, and I was utterly annihilated because more than half of the field played 2 of 3 blood moons main deck, pretty much as a response to most of the decks in the previous tournament in which there were no basic lands whatsoever. My response next time was to play a deck with 14 basic lands and did not lose a single game to a bloodmoon deck (of which there were already less than the time before).

From my perspective, Ancient is a format people play for fun the relive old times and play with cards that have not seen use in a long time. When was the last time you saw someone play a Serendib Djinn or an Atog? From that point of view, it never gets boring.

Ancient also does not get boring because of the eternal and never-changing card pool. People tend to play different decks from the past, but also try new things every now and then. Sometimes a deck does well that has never been seen before (well, at least not in the tournament reports of the time..), proving that even a format which has not changed for many years can still bring new things.

So if seeing someone playing a Time elemental, Flying men, a Ley druid or even a Goblin snowman (yes, this actually happened) doesn´t do it for you, you can still expect to see a lot of different stuff in Ancient, making the metagame both unpredictable and interesting :)

Ancient november 2016 was won by Arno playing a classic white weenie deck without power! Once again it is proven playing Magic the Gathering in the Ancient way does not have to be very expensive :) 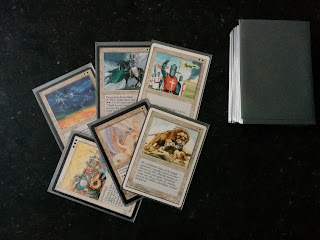 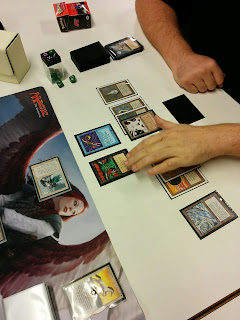